For the past 50 years Tadasky has created paintings based on a singular motif of concentric circles. His precise lines are painted freehand, aided by a unique easel the artist invented. This device allows him to rotate the canvas while his brush remains still, much like the stylus on a record player. This slow and painstaking painting process serves as an act of meditation for Tadasky, who considers the circle to be a holistic image that resonates with the shapes and orbits of celestial bodies.

In this work from 1965, the concentric lines and contrasting colors generate pulsating effects in the mind’s eye, particularly when viewed for a prolonged period. With such provocative paintings Tadasky became a leading figure in the Op Art movement, a tendency in abstraction that gave the viewer an active role in the art experience through the use of various optical phenomena. Tadasky, who emigrated from Japan to the US in the early 1960s, continues to work daily in his New York studio, painting new variations on the timeless theme of the circle.

I think color itself is beautiful. I’m not mixing you know red, yellow blue, you know it’s just the pure color itself I’m using. This is very interesting, you can create a lot of colors visually- without mixing the paint. 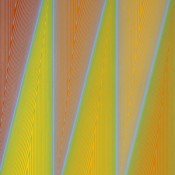 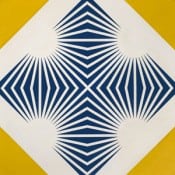 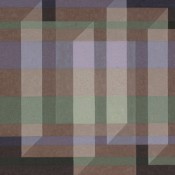