Deborah Butterfield has made horses the sole subject of her work for four decades. In that time, she has developed a novel approach to the tradition of equestrian art. Using scrap metal, drift wood, mud, and branches, she fashions rough-hewn forms that convey an uncanny sense of living creatures.

Unlike many equestrian sculptures of the past, Butterfield’s horses are often in a state of composure that emphasizes their internal life. She also breaks with tradition by typically depicting mares rather than stallions. Initially intended as a surrogate form of self-portraiture, her sculptures have evolved into portraits of specific horses, such as Alaneo. While it may appear to be crafted from intertwining tree branches, Alaneo is actually cast in bronze and painted with a meticulous bark-like finish.

They can sleep standing up. They’re a prey animal, so they’re worried about being eaten. So they can lock their hind stifles and sleep with their noses barely touching the ground. So, if there’s an alarm, they can bolt. But when a horse is really safe in its environment and feels very relaxed, it loves to lay down and take a nap.

Other Works by Deborah Butterfield 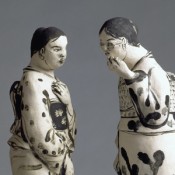 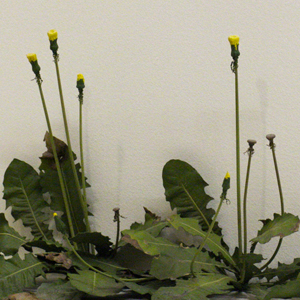 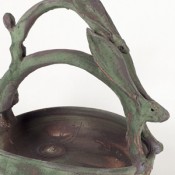