On July 13, 1951, after months of excessive rainfall, the floodwalls gave way near Kansas City’s West Bottoms district, the heart of the meatpacking industry and home to warehouses for Hallmark and many other local businesses. As Hallmark’s founder J.C. Hall later noted “By the time I got to the scene, our supplies were rolling down the river like confetti.” Trucks, railroad cars and thousands of animals were swept downstream, and as rain continued to swell the watershed of the Missouri River, thousands of homes were soon evacuated. The historic flood devastated substantial portions of the city, causing unprecedented damage. Upon hearing the news, Norman Rockwell phoned J.C. Hall to offer his support. At J.C.’s request, Rockwell set to work on a painting depicting the rebuilding of the city.

Rockwell traveled to the city several times to sketch and photograph the damaged neighborhoods. Back at his studio in Arlington, Vermont, he drew out a number of potential compositions for the painting, finally settling on the heroic image of a lone man with blueprints in hand, literally rolling up his sleeves, resolute in his impending task. To paint the background vista of Kansas City, Rockwell enlisted his friend, the painter and illustrator John Atherton, in what was to be the only collaborative painting of Rockwell’s career. Atherton’s cityscape appears as a monumental still life that includes iconic images of agriculture, trade and transportation to convey the industriousness of the thriving prairie metropolis.

Poster sized reproductions of The Kansas City Spirit were soon distributed to the public in paper folios with an account of the city’s tenacity throughout trying times, penned by J.C. Hall. Rockwell’s striking image served as inspiration for the citizens during the recovery of the flood. After touring the country, the original painting returned to Hallmark’s Kansas City headquarters, where it has been on public display ever since.

The idea of this picture depicting the spirit of a city–Kansas City–is truly a great challenge, and I am going to give it everything I have. It may be a short time before I send on the sketches, but I don’t want to hurry it, and I know you will agree that it will be worthwhile to do it in this way. . . I can’t tell you how happy I am to be doing this picture. The whole idea is so inspiring that I can’t wait to get started on it.

Other Works by Norman Rockwell (with John Atherton) 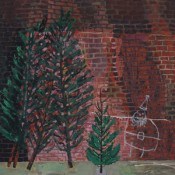 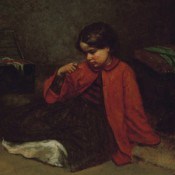 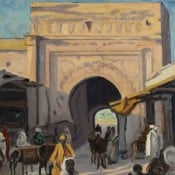