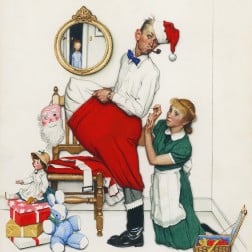 Among the many prominent artists who have created work for Hallmark Cards, none is more beloved than Norman Rockwell. The most prolific and influential illustrator of the last century, Rockwell produced nearly 4,000 pictures for more than 150 companies, including magazine covers for The Saturday Evening Post and annual calendars for the Boy Scouts of America. Among his most enduring images are Rockwell’s Christmas paintings for Hallmark, which helped 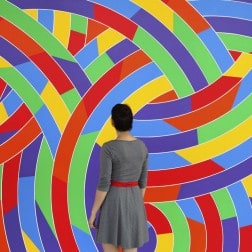 Using the essential design elements of line, shape and color, American artist Sol Lewitt (1928-2007) created a dazzling array of inventive and exuberant abstractions in a wide variety of media, including printmaking, painting and sculpture. Much as a composer can conjure music from a limited scale, Lewitt created highly complex visual compositions from simple linear patterns, standard geometric forms, and a palette of only primary and secondary hues. The 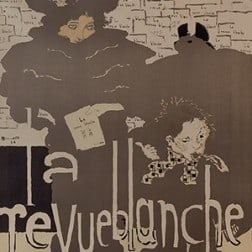 The Art of the Poster: from Toulouse-Lautrec to Shepard Fairey 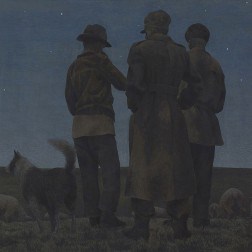 In celebration of the 100th anniversary of the founding of William E. Coutts Co. Ltd, from which sprang today’s Hallmark Canada, Hallmark Art Collection presents a special exhibit of works by prominent Canadian artists. Many of these paintings and prints were collected over the years by William E. Coutts, who, in 1916, founded the Toronto-based greeting card company that would become Coutts Hallmark, and, eventually, Hallmark Canada. Over the span 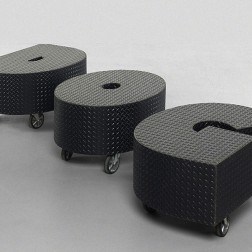 “Word: the Art of Language” Now on View

This exhibition features contemporary art devoted to word play. The paintings, sculptures and prints on display represent a cross-section of artists working today at the fertile intersection of art and language. Focusing our attention on words— often words alone—they convey a broad array of messages, from the poignant to the absurd. Among the artists included are Robert Cottingham, Leslie Dill, Nancy Dwyer, Jasper Johns, Bruce Nauman, Tim Rollins & K.O.S.,