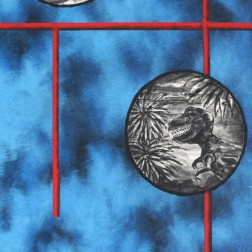 Hallmark Art Collection is pleased to announce the acquisition of a major work by artist, writer and activist David Wojnarowicz. Biography of Peter Hujar (7 Miles a Second) is a moving tribute to Wojnarowicz’s close friend and mentor, painted shortly after Hujar passed away due to complications from AIDS. The work is especially notable for the inclusion of the mathematical formula for “escape velocity” (7 miles/second), the speed at which 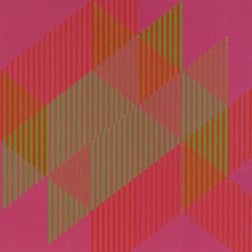 In the late 1950s and early 1960s, artists around the world became fascinated with the subject of visual perception. Their interest was spurred by recent advances in perceptual psychology and the science of optics, which together proved that vision was a product of both the eye and the mind. To test the boundaries of perception, they made paintings with pulsating patterns and dynamic color contrasts that stimulated profound optical effects. 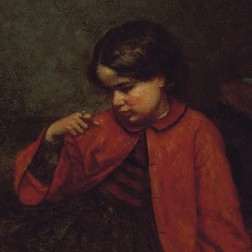 A masterwork by 19th century American genre painter Eastman Johnson is now on loan to the Nelson-Atkins Museum of Art in Kansas City. Painted in 1860, The Freedom Ring is a powerful and enduring document of the abolitionist movement. It will hang for the remainder of the year alongside Johnson’s famed 1859 work Negro Life at the South, which is on extended loan from The New York Historical Society. These 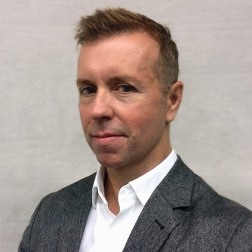 Hallmark Art Collection Curator Joe Houston was elected President of the Association of Professional Art Advisors (APAA). Headquartered in Brooklyn, New York, the APAA is the standard setting organization for the industry that includes prominent private art advisors and in-house corporate curators from around the world. Hallmark Art Collection has been a long-time institutional member of the APAA. Citigroup, Johnson & Johnson, Pfizer Inc. and Wells Fargo Bank, N.A. are 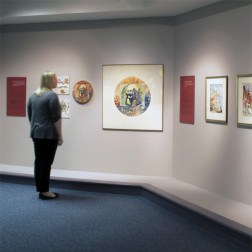 Hallmark Visitors Center has just opened a newly designed gallery space dedicated to rotating exhibits from the Hallmark Art Collection. The inaugural exhibition Indelible: African American prints from the Hallmark Art Collection is now on display through the end of August. Exhibitions of approximately 6 months in duration will be on public view free of charge at the Visitors Center located in the Crown Center complex. A video showing the