In the late 1950s and early 1960s, artists around the world became fascinated with the subject of visual perception. Their interest was spurred by recent advances in perceptual psychology and the science of optics, which together proved that vision was a product of both the eye and the mind. To test the boundaries of perception, they made paintings with pulsating patterns and dynamic color contrasts that stimulated profound optical effects.

The term Op Art, an abbreviation of “optical art,” was coined by the popular press to define the new abstraction, a stark contrast to the informal approach of the preceding generation of Abstract Expressionists. And in 1965 the Museum of Modern Art in New York mounted a traveling exhibition of this growing international tendency titled The Responsive Eye. The show and resulting publicity influenced modern art and popular culture worldwide. Op motifs were readily adapted to graphic design, fashion, and home furnishings, defining the style of an era.

The artists on view here, including Richard Anuszkiewicz, Bill Komodore and Tadasky stand as leading figures in the American Op movement. While their art will be forever associated with the sixties, their lasting achievement was to offer the viewer an unprecedented role in the art equation, making our own perceptual experience the central subject of their work. This radical perspective continues to influence the work of young artists today who seek new ways to generate a similarly dynamic viewing experience. 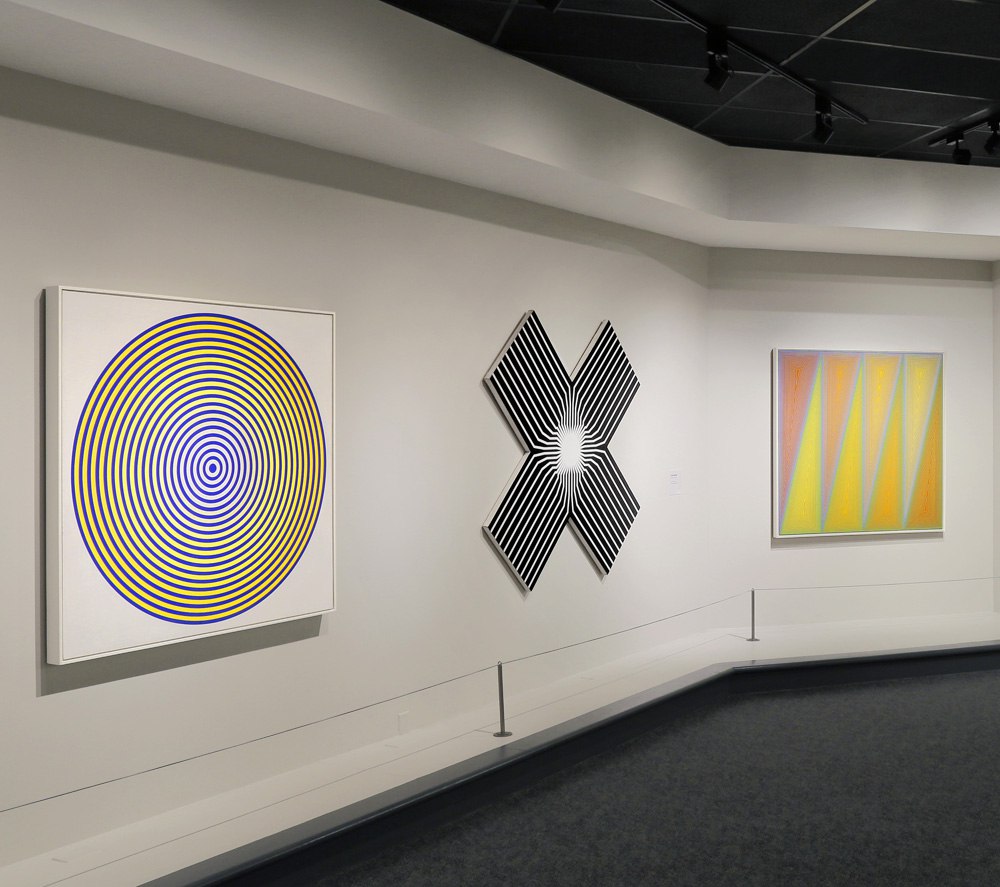 Works from the 1960s by Tadasky, Arnold Schmidt and Richard Anuszkiewicz in Op Art in America.